For a few days in early June 2019, the Annual General Assembly of the European Women’s Lobby brought more than 100 women together in Brussels under the title ‘European Women’s Forum’.

It started with a public event ‘Making Europe work for women’, a panel discussion with amongst others  the European Commission’s Advisor for Gender Equality,  Monika Ladmanovà,  Najat Belkacem, former French minister, Francis Fitzgerald, member of the Irish Parliament and Barbara Hendricks, singer and Human Rights Ambassador for the UN.

After this enthusiastic and encouraging opening of the Assembly, good news about the financial resilience of the EWL enhanced the mood even further.  The strategic plan, coming to its end, has been more or less completed and a new strategy for the coming five years will be developed.  The most important topic for working groups in the coming six months will be the planning of concerted actions to lobby for more women European Commissioners and a ‘feminist female’ Commission President.  Very interesting is the different situation of EWL members between North and Southern Europe and Eastern and Western member states and the things to bear in mind when advocating.

This weekend was also a joyful occasion for four Soroptimists to meet. Margaret Clark, Vice Director Advocacy SIGBI, Tonny Filedt Kok, the Netherlands, Linda Schang, Sweden and Renate Smith-Kubat, SI Bruxelles Doyen and SIE Rep to the EWL, were in attendance. The SIE Representative was very pleased to greet guests from SIGBI and 2 others from the Netherlands and Sweden, all active for women’s rights! 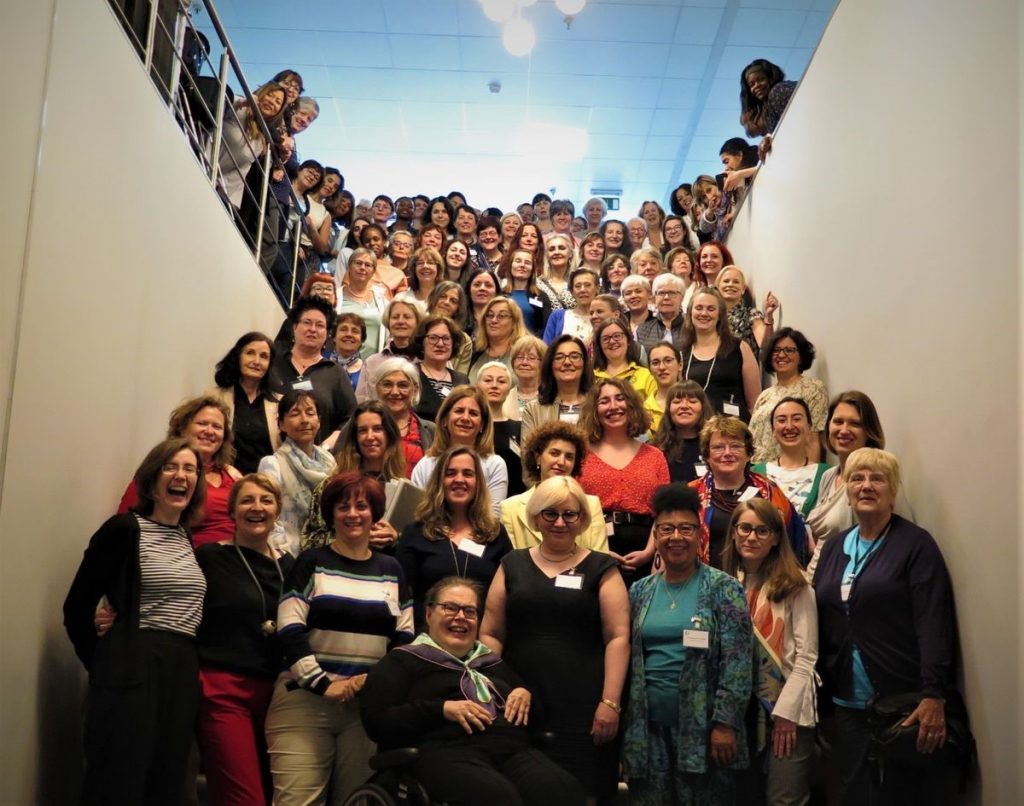 Written by Renate Smith-Kubat, SI Bruxelles Doyen and SIE Rep to the EWL