When you think of bread, a French boulangerie is often not far behind. Unsurprising, as France has one of the highest per capita bread consumption rates in the world. But how can bread play a part in eliminating violence against women and girls?

During the health crisis, one of the consequences of confinement was the isolation of female victims of violence. The French Union wanted to find a way of getting messages about violence into homes and found the answer in bread. 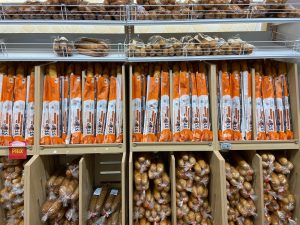 The Soroptimist Club of Diamant-les-Rivières – Martinique in collaboration with the neighbouring Clubs of Fort-de-France and Fort-de-France/Alizés Sud participated in a unique project initiated by the French Union. They partnered with bakeries to distribute bags of bread and baguettes, printed with slogans chosen to appeal to the public and included emergency numbers. The objective being to inform and mobilise the whole population in the face of what is now known as ‘the Shadow Pandemic’. 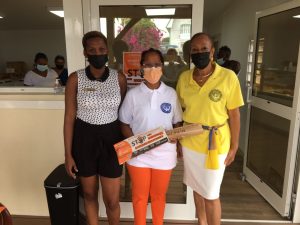 The Soroptimist Clubs contacted 11 artisanal bakeries and the group that owns four hypermarkets. All agreed to be partners in this project and to mobilise for the cause of women. The Soroptimists financed the purchase of 30,000 bags for small bakeries, which they distributed before the operation began. The hypermarkets covered the cost of the 40,000 bags of baguettes that they ordered – 10,000 per shop.

The project was an enormous success! The numbers speak for themselves, as an incredible 70,000 shoppers took bags home with them. The number of people reached was amplified at home, where most violence against women takes place, as everyone in the household could read the messages and see the emergency numbers, including young people and children.

The feedback from all the bakeries has been very positive and the initiative has been well received by customers. In addition, the project gained more visibility due to interest from the media, including radio and TV, that covered the event extensively and interviewed members of our clubs. 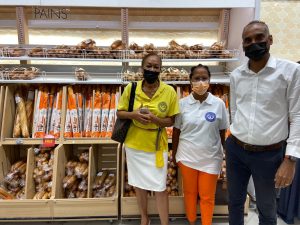 Do you know how to read the signs of abuse?  This year SIE is focusing our 16 Days of Activism (25th November until 10th December 2022) on prevention, under the theme ‘Read the Signs’.