Soroptimists Gain Insight into Work of the Council of Europe

With the much-appreciated logistical support of SI Germany, SIE Rep Bettina Hahne organised a visit to the Council of Europe in Strasbourg for German-speaking Soroptimists earlier this month. Nearly 80 participants from various Unions, including SIE Rep to the European Women’s Lobby Renate Smith, gained a fascinating insight into the inner-workings of this important organisation whose primary aim is to uphold human rights, democracy and rule of law in Europe.

After a short introductory film, Head of the Council of Europe Gender Equality Division Liri Kopaçi-di Michele spoke to the group about her efforts to implement the Istanbul Convention. She was followed by Austrian parliamentarian Gisela Wurm who strongly encouraged Soroptimists to seek more political influence. When the Parliamentary Assembly of the Council of Europe then convened, the participants watched the proceedings from the gallery. Later that afternoon, some of the Soroptimists were able to witness the Vaclav Havel Human Rights Prize award ceremony.

While thanking Bettina for organising this visit and SI Germany for the logistical assistance, SIE President Renata Trottmann Probst also commented on the value of such events in raising the visibility of SIE at an important European institution and at the same time demonstrating to members the power of SIE advocacy in promoting women’s rights. 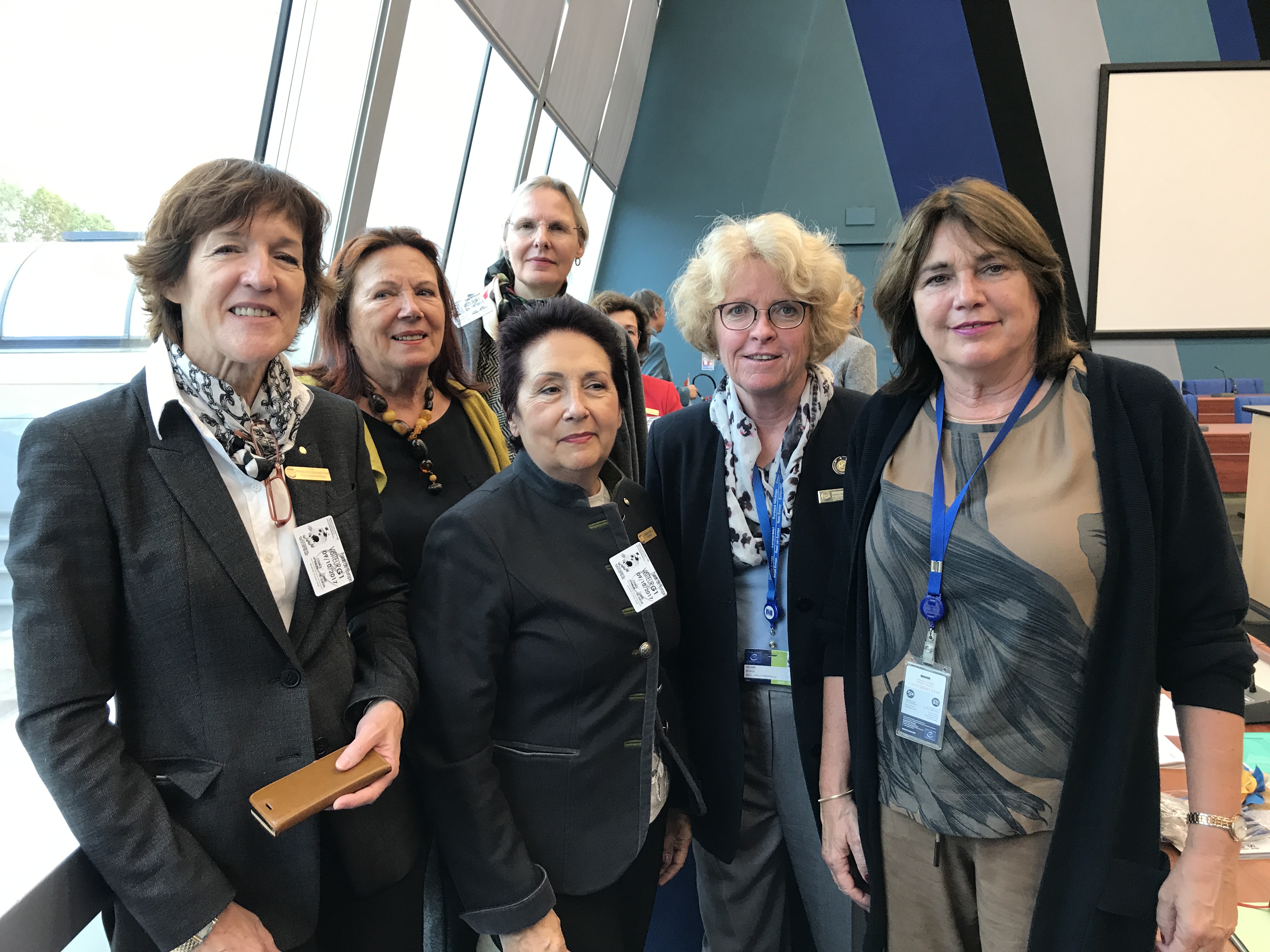 Austrian parliamentarian Gisela Wurm (right) poses with some of the Soroptimists in Strasbourg.