663 mil­lion people lack ready access to improved sources of drinking water[1]. Women and girls are disproportionately affected – instead of earning an income or attending school, they are often forced to be the primary water carriers for their families.

Solvatten is a Swedish innovation which uses solar energy to purify contaminated water. After a few hours in the sun, the water is hot and free from the pathogens that cause diseases such as dysentery, salmonella and cholera. Solvatten saves time, energy, money and the environment. A Solvatten can be used several times a day and is easy to use and carry. No batteries, spare parts or chemicals are required.

The Solvatten Programme contributes to the UN Sustainable Development Goals, especially the targets set out in SDG 6: Water and sanitation, SDG 4: Education, and SDG 5: Gender Equality. SI Union of Sweden decided to make Solvatten a Union Project for two years, as of October 1, 2012. The project received a Best Practice Award at the 20th Congress of SI Europe in Berlin 2013.

As the project was so successful the successive SI Sweden Presidents decided to continue the Programme, and with the Solvatten Programme Group 1 212 – ONE THOUSAND TWO HUNDRED AND TWELVE Solvatten units have been distributed to vulnerable families in for instance Kenya, Tanzania, Angola, Malawi, Sénégal, RDC, Sierra Leone and Nepal.

Last month, Soroptimists received quite a bit of recognition for their faithful support of the Solvatten Programme. First, Solvatten itself praised Soroptimists, via their website, for providing clean, hot water to communities in Nepal and several African countries. Second, a journalist from Reuters visited one of the Soroptimist clubs in Kenya and reported on the Union’s activities in providing women with the revolutionary product.

Click the links in the above paragraph to read about their fantastic work! 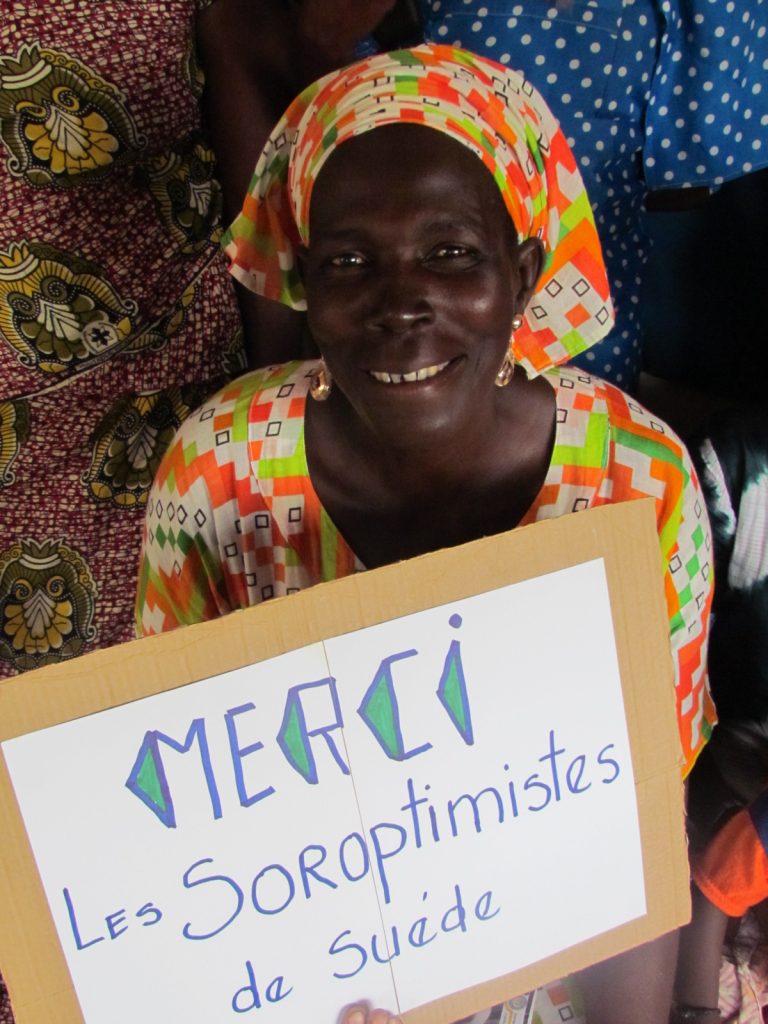 A Kenyan woman thanks the Soroptimists of the Swedish Union

A Kenyan Family poses with the Solvatten