The Club of Fort-de-France/Alizés-Sud – Martinique responded favourably to a request from the teaching staff of the Ducos High School in Martinique to run a workshop-debate with young people in the final year of secondary school.

The choice was made to accompany students who wanted to carry out an awareness-raising action among their fellow students with the support of a feminist association and the help of experts.

The aim was to highlight freedom of speech, denounce frequent acts of violence against young women and give more visibility and credibility to the issues of harassment and the notion of consent to which girls are regularly victims.

The workshop-debate allowed young people to become truly aware of the concept of consent and was a real success in terms of prevention and awareness.

The Soroptimists structured the project to make students interact and facilitate the debate. For this, the Club mobilised six members and three experts agreed to intervene free of charge (a gynaecologist, a sexologist midwife and a specialist educator). 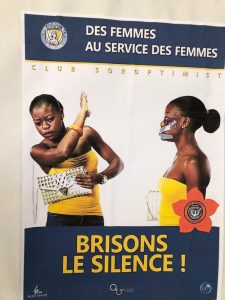 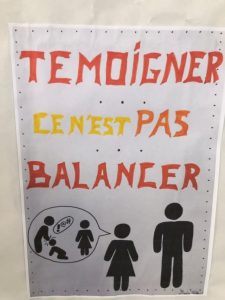 The action consisted mainly of offering a reflection based on a skit produced by the students, then outlining the consequences of harassment, together with speeches made by the experts, which made it possible to deepen knowledge and enrich the debate.

The project was a great success, as evidenced by the very favourable comments of the students and the teaching team.