The SI Clubs of Lucerne (Luzern and Luzern Saphir) rolled out the red carpet to Presidents and Governors of the Federation’s Unions and Single Clubs as well as numerous Soroptimists from around the organisation who took advantage of the invitation to participate in the Governors’ Meeting from 25-27 May 2018. The annual event provides the forum to discuss and decide on SIE business, but also to celebrate Soroptimist achievements.

The stunning Swiss city offered the perfect setting for a varied and interesting programme, which began with three afternoon interactive presentations in English, French and German on highly relevant subjects for Soroptimists. Later on Friday evening various SI Clubs of Switzerland invited participants to individual excursions which afforded the opportunity to see the sights while exchanging with Soroptimists and forging new friendships.

The official meeting began on Saturday morning at the spectacular venue of the Swiss Museum of Transport, which featured an enormous Soroptimist globe in the lobby. A traditional Swiss alpine horn performance heralded the beginning of proceedings. 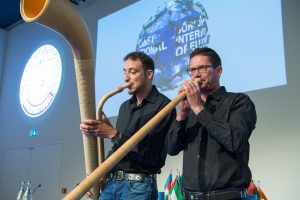 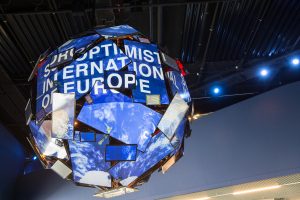 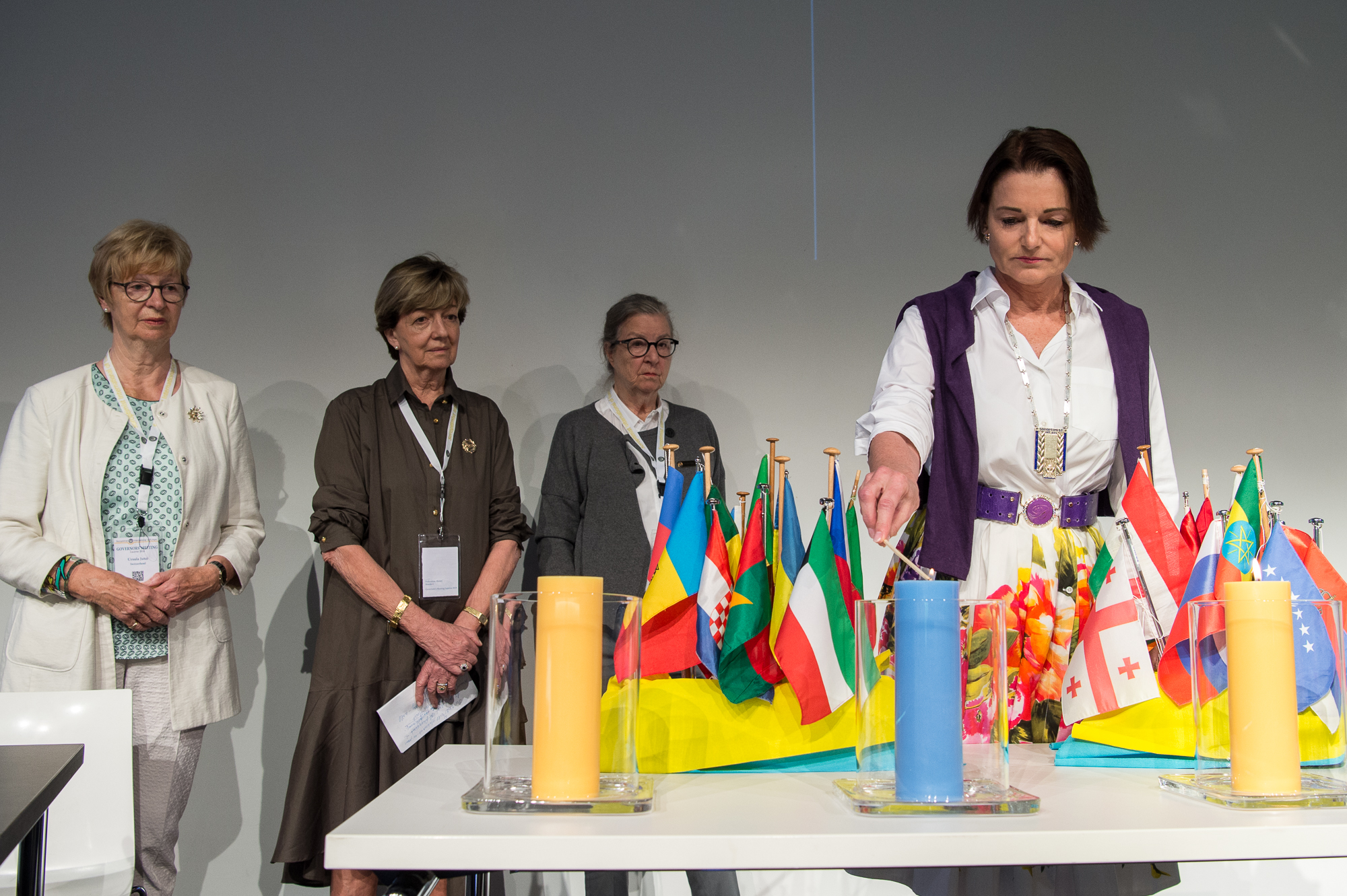 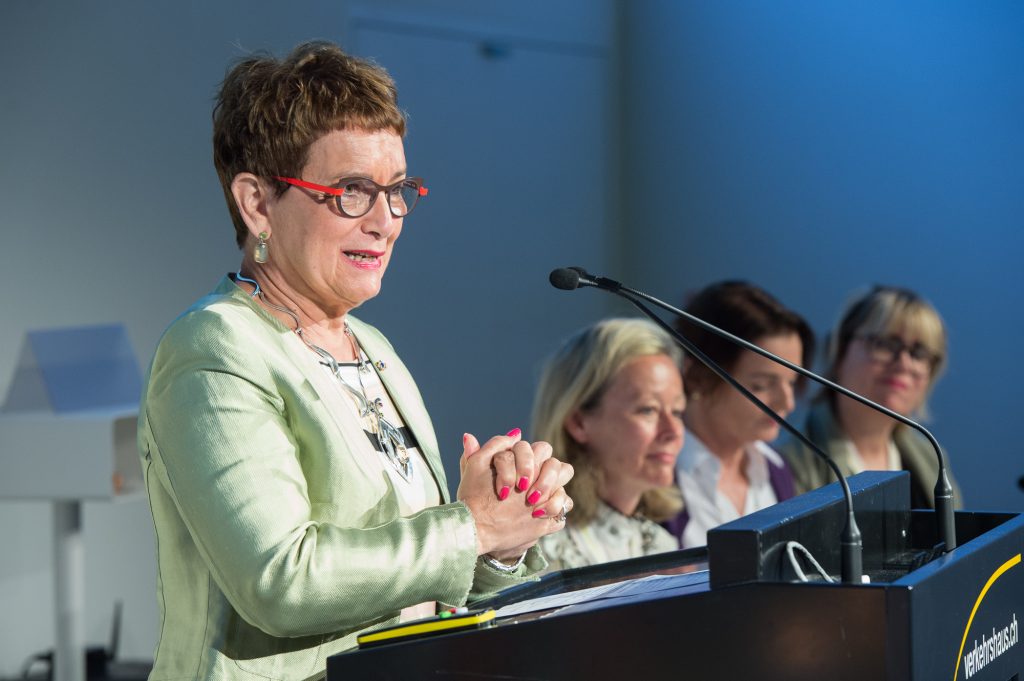 Secretary General Sigrid Ag guided the Governors through the agenda. Please note that all GM presentations are available in the Member Area of the SIE website, so this article only briefly summarises the proceedings. The Governors are tasked with the responsibility of informing their respective Unions about the resolutions and decisions.

The Governors voted unanimously to approve the new SI Club Ramallah. New guidelines for extension work will soon be available in the Member Area. The Extension Committee has also devised a manual to assist in recruiting new members.

SIE VP Verena von Tresckow-Bronke reported on the work of the SIE Mentoring Task Force, which culminated in the publishing of a new SIE Mentoring Handbook. This comprehensive guide on mentoring is available in the Member Area.

Investing in the future of SIE

SIE 1st VP Carolien Demey made use of modern communication methods to present her research into virtual development for the Federation.

The Governors then approved the Closing Financial Report on the biennium 2015-2017. They rejected a Board proposal to set up a permanent Investment Fund with the surplus from the last biennium. However on Sunday, they approved a motion submitted by the Unions Belgium, Austria, Luxembourg, France, The Netherlands, Portugal and Switzerland to invest the surplus as the Board suggested: i.e. €130,000 for the purposes of education (€50,000 for mentoring and €80,000 for scholarships) and €70,000 for the SIE extranet.

After showing her Standing Up for Women presentation, which is available for downloading in the Member Area, SIE President Renata summarised her activities and observations during the first months of her biennium. She then introduced the guest speaker, Dr Edith Schratzberger-Vécsei, President of the European Women’s Lobby.

The Governors elected to vote separately on the three motions in connection with the changes in the SI By-Laws. The results are presented in Resolutions and Decisions in the Member Area. The amendment to the SIE By-Laws to allow e-Voting passed unanimously. The Governors also approved the Board recommendation to dissolve SI Clubs Hawassa and Santo Domingo. 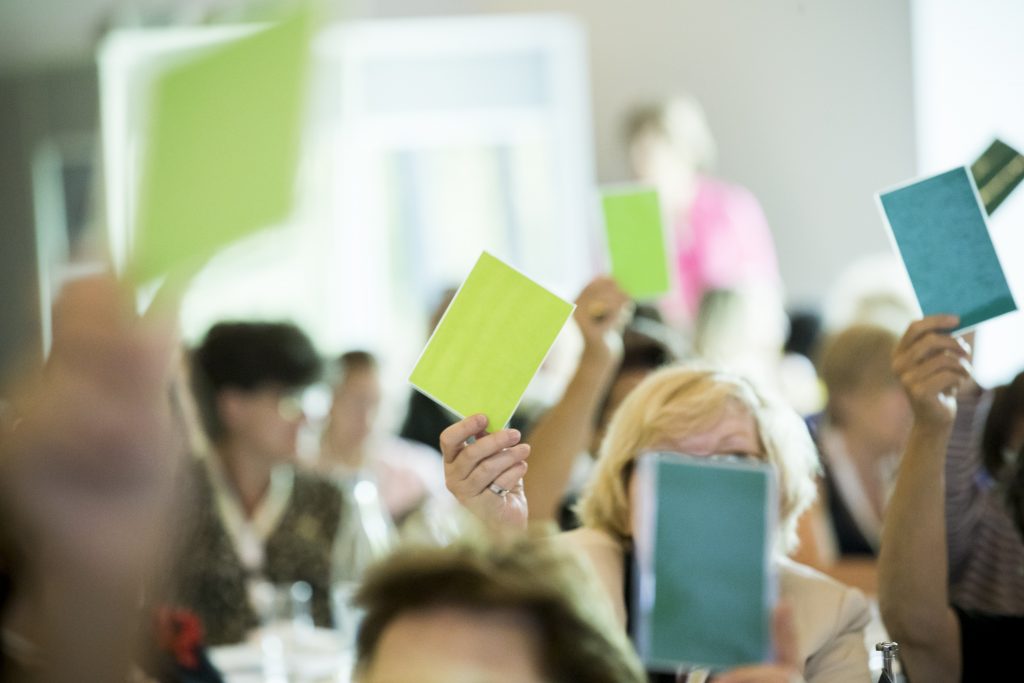 The evening programme began with a drink sponsored by the Swiss Union. The lightning that illuminated the night sky added a special touch to the atmospheric gala Federation Dinner on a boat cruising on Lake Lucerne. 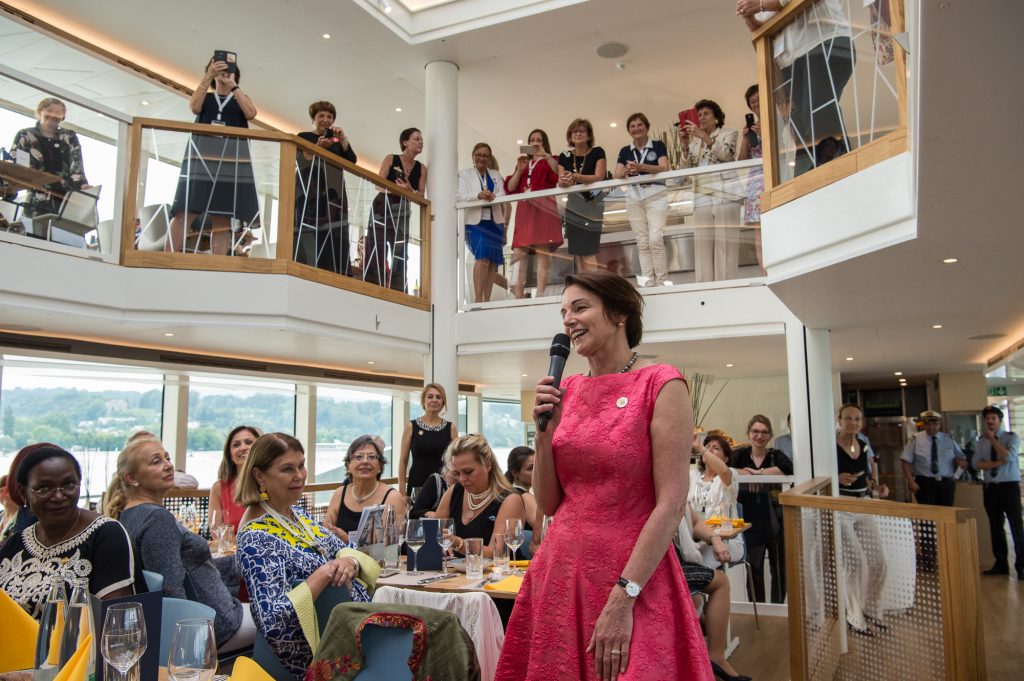 On day two the Constitution & By-Laws Committee briefly presented the results of the Union survey. The full details will be distributed after the GM. VP Zaneta Vysniauskiene then explained the SIE strategy to recruit and retain members in Eastern Europe.

The programme continued with the presentation of the Best Practice awards and the results of the Photo Competition. SIE President Renata summarised the results of the Coordinated Annual Reports. SIE Treasurer Regine Vögele reported on the status of the Solidarity, Disaster and Recovery Funds.  The Governors then approved the suggestions for Action Fund grants for a total of € 45,000 and SIE Scholarships amounting to €110,100. Two Dr Noël grants totalling €16,000 were also approved. 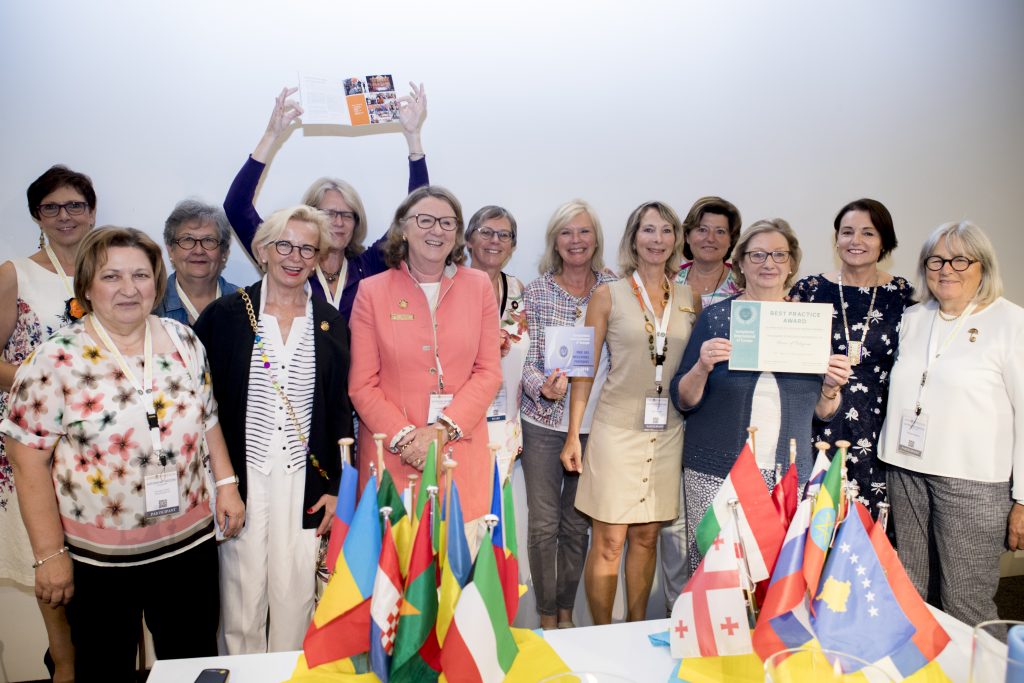 The Communication team informed the Governors about new communication tools and the latest developments in connection with the branding campaign. They appealed to Unions and Clubs to be prepared for the interest generated by the efforts.

Belgian Soroptimist Magali Feys explained the details of the new EU General Data Protection Regulation. And the final programme point was a video presentation on the venue for the next GM from 25th -26th May 2019: Zagreb, Croatia.

The minutes of the GM will be available on the Member Area of the SIE website, after the Governors have had a chance to review them.

Click here to see all the photos from the Governors’ Meeting